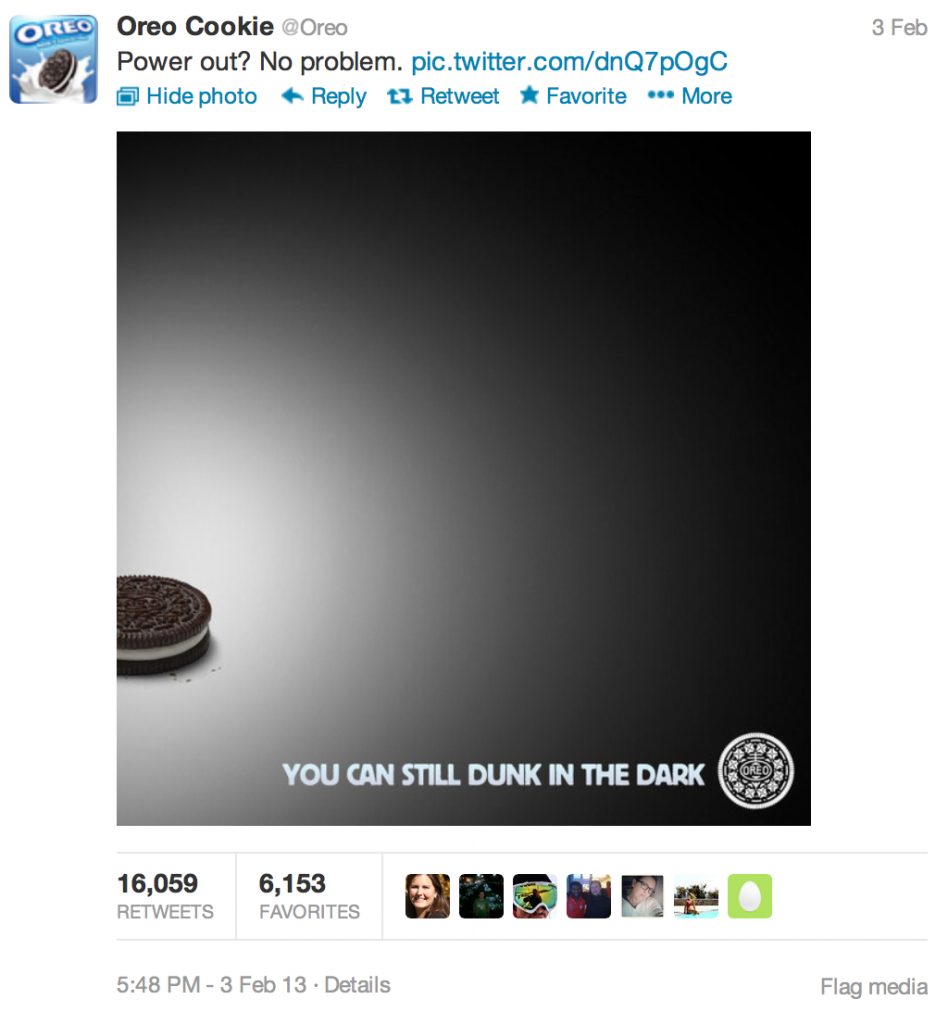 It’s been a week since the Super Bowl and people are still talking about the ads more than the game.  Sure, everyone discusses their favorite commercial,but the real buzz is about the social media surprise successes of the game.

Every year, companies spend spectacular sums of money for short 15 sec or 30 sec commercials, but this year was vastly different.  Many, if not most of the advertisers utilized their commercial time to direct viewers online to their social media accounts.  Twitter estimated at least 50% of advertisers used a twitter hash tag somewhere in their Super Bowl commercial with almost as many mentions for Facebook.

In the past, a business only had the time during the commercial to familiarize the viewer with their brand and sell you their product.  Now, advertisers can piggyback on that ad time to invite the viewer to become a fan.  Their social media invitation creates an online relationship that extends beyond the initial commercial involvement.  For a business, connecting with customers and potential customers online opens the opportunity to convert the person into a loyal customer and fan.  By building their brand presence online, these fans and customers will add to their intentional marketing by generating their own buzz online.

Now that we are a week past the Super Bowl, those commercials and their social media presence are still buzzing around the water cooler therefore multiplying the effect of the initial ad buy.

The most talked about commercial/social media presence has been Oreo.  Oreo used their Super Bowl commercial to announce the launch of their account on Instagram.  By asking, “Are you cookie? Or are you crème?” they invited viewers to take part in their visual discussion on the still new Instagram.  In just a week, their Instagram account now boasts over 80,000 followers.

The surprise power outage in the 3rd quarter threatened to be the most talked about part of Super Bowl XLVII until Oreo jumped into the discussion with a now infamous tweet, “You can still dunk in the dark.”  The social media team at Oreo created and posted this image within minutes of the power outage. They seized on the crisis at the stadium to get people talking about their brand once again.  I don’t think they could have even imagined the widespread success of that one picture and tweet.

With that one tweet, which has been retweeted over 16,000 times, Oreo stood out in a very crowded field and made headlines for days.