What’s the big deal? It’s a “real time” update. Sites via crawls will be refreshed in real time so that changes will be visible to Google and webmasters much faster rather than a site manager having to wait for the next algorithmic update.

What is “real time?” CognitiveSEO explains it as:

This new Penguin 4.0 algorithm roll out will enable Google to assign penalties and adjust site rankings based on spam signals, rather than affecting the ranking of the whole site because of some certain issue. According to the Internet Marketing Ninjas, Google has confirmed that, “Disavowing bad links is a viable option after you did you due diligence in removing them,” and see a benefit. Monitoring your inbound links and performing regular site audits is so integral to keeping websites up where they should be.

Spammy links and link farms have been such a focal point of late, this update should help webmasters “take care” of links that are out of their control. So much spam is out there to be found, and unfortunately, we find it under the hood at times. Regular site audits will help with that. 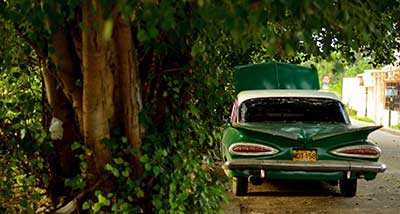 It’s like keeping the oil fresh in a car. You just have to do it; if not, your engine will burn up and you’ll end up “hood up” on the side of the road trying to figure out what went wrong. Same with websites – regular maintenance is required. Site Audits are a must and are needed on a regular schedule. Just like your car’s engine. A SEO or online marketing professional should perform a complete site audit on a regular basis.

What’s the negative of this update? It’s the last one per Google. Last one you ask? It’s more than likely the last one we’ll KNOW about it via their communication. Google will update the algorithm and we’ll keep hopping, but for now, we can have a little peace in know that Google recognizes that some of this…we can’t control.